Again, another month has gone by and now my little Benny is 10 months old! He's turning into such a little boy! Here's what he's been up to:
- Babbling, but still not making anything that sounds like words at all.
- Talking silently or "mouths" words ALL the time.
- Crawling a ton (the right way, now) and pulling up on everything. He has mastered the stair between our family room and dining room and has yet to find something he can't pull up on.
- FINALLY eating pretty well! He has mastered the pincer grasp and can get most anything into his mouth on his own.
- Napping and sleeping consistently (unless he doesn't feel well or his teeth are bothering him).
- Speaking of teeth, he has 6 now.
- Waving (as shown in recent video).
- Has gotten his first few bumps, bruises and scrapes as he's pretty daring in his crawling and climbing. He currently has a slightly skinned chin. Poor guy....but everyone tells me he's a boy and I better get used to it!
I'll add more later if I can think of anything else. Happy 10 months Ben! We LOVE YOU!!! 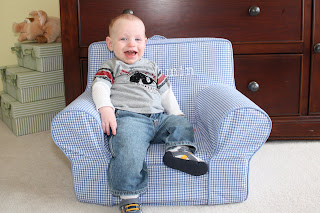 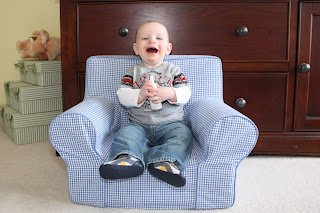 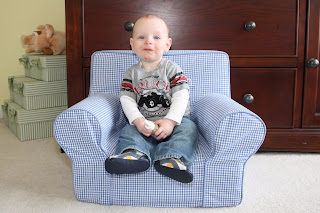 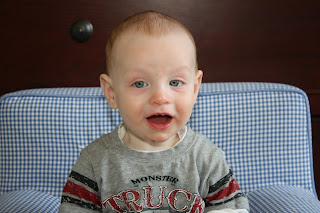 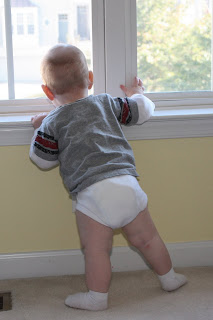 Check out those cute thighs! Happy 10 months, Ben. Kris and Nick, Happy Belated Anniversary. I'm glad to hear that you were able to go out to celebrate!

You can't tell, but Ben was quite fussy during his photo shoot (he has a bit of a cold). So most of my 80 or so pictures were of him crying. :( Unfortunately, Wally was in some of those.