For our family vacation this year, we decided to stay home. We decided there's a ton of fun things to do around home and how much fun would it be to spend a week as a family exploring them....we discovered it was lots of fun! On Monday, Nick took Ben to the Please Touch museum. I don't know if he took any pictures (they'd be on his phone if he did), but they had a very nice Daddy/Ben morning. Some of the highlights included a carousel ride, playing in the rocket room and "driving" a bus. While they were at Please Touch, Lincoln and I were at his two month appointment (updated already).

On Tuesday, the whole family took a trip to Dutch Wonderland (or "Land," as Ben calls it). We didn't bring the big camera as we had a lot of "gear" but I did take some pictures and videos on my phone... 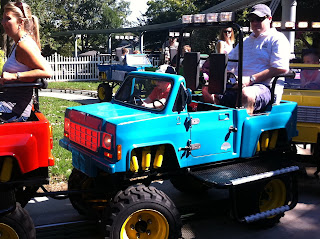 We definitely used our double stroller/car seat adapter/giant awesome new diaper bag this week. Thank you to everyone that contributed to this extremely valuable contraption! 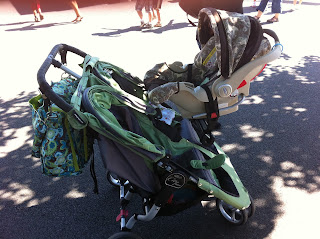 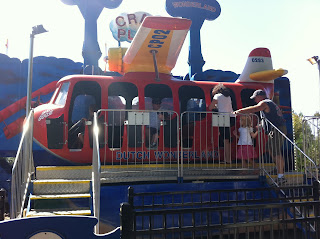 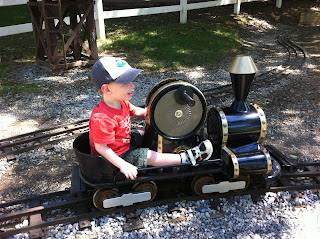 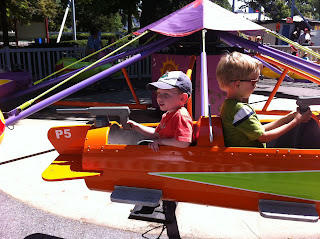 Even Lincoln had a good time being out and about. 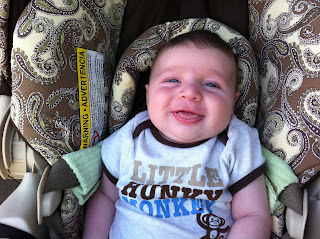 Below is a mish-mosh of videos I took on the rides. We definitely did more rides than I took pictures. The amusement park is geared toward little kids so even though Ben is only 2 1/2 (+), he went on about a dozen rides and loved every minute of it. The little plane was the first ride he's gone on by himself. When he didn't freak out...and then asked to go AGAIN in another color plane....it opened another bunch of rides he could go on. We are planning a trip back next year.